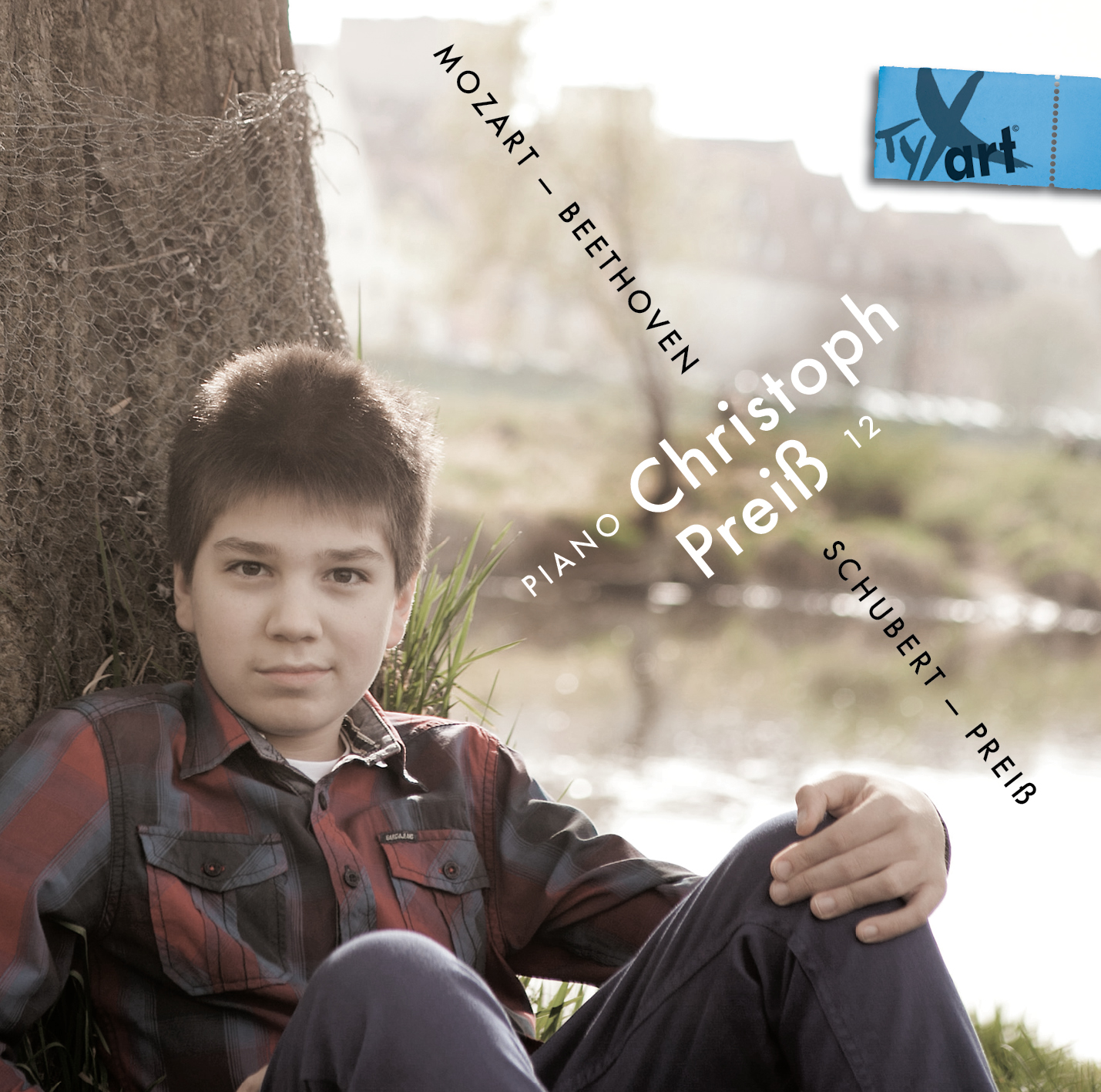 This recording presents the highly gifted twelve-year-old pianist Christoph Preiss as an ideal artist for TYXart’s series "Rising Stars", which hopes to draw attention to talented youngsters and their often precocious interpretations of the great, well-known works of music. After long deliberations, we have decided to release the CD, even though we are aware of the risk that the commercialism and triviality of the worldwide market can be detrimental to such a young musician. We hope the recording will inspire other young instrumentalists and give pleasure to those who wonder how today’s internationally famous soloists may have played at the same age. It’s common knowledge that many began to play when they were very young but it’s extremely rare that we have an opportunity to listen to them. Christoph’s exceptional talent has developed so clearly in recent years that we are convinced that this debut album, with works by Mozart, Beethoven and Schubert, as well as two of the young pianist’s own compositions, will not only enchant you but will also prove to be an interesting record for his future audiences.