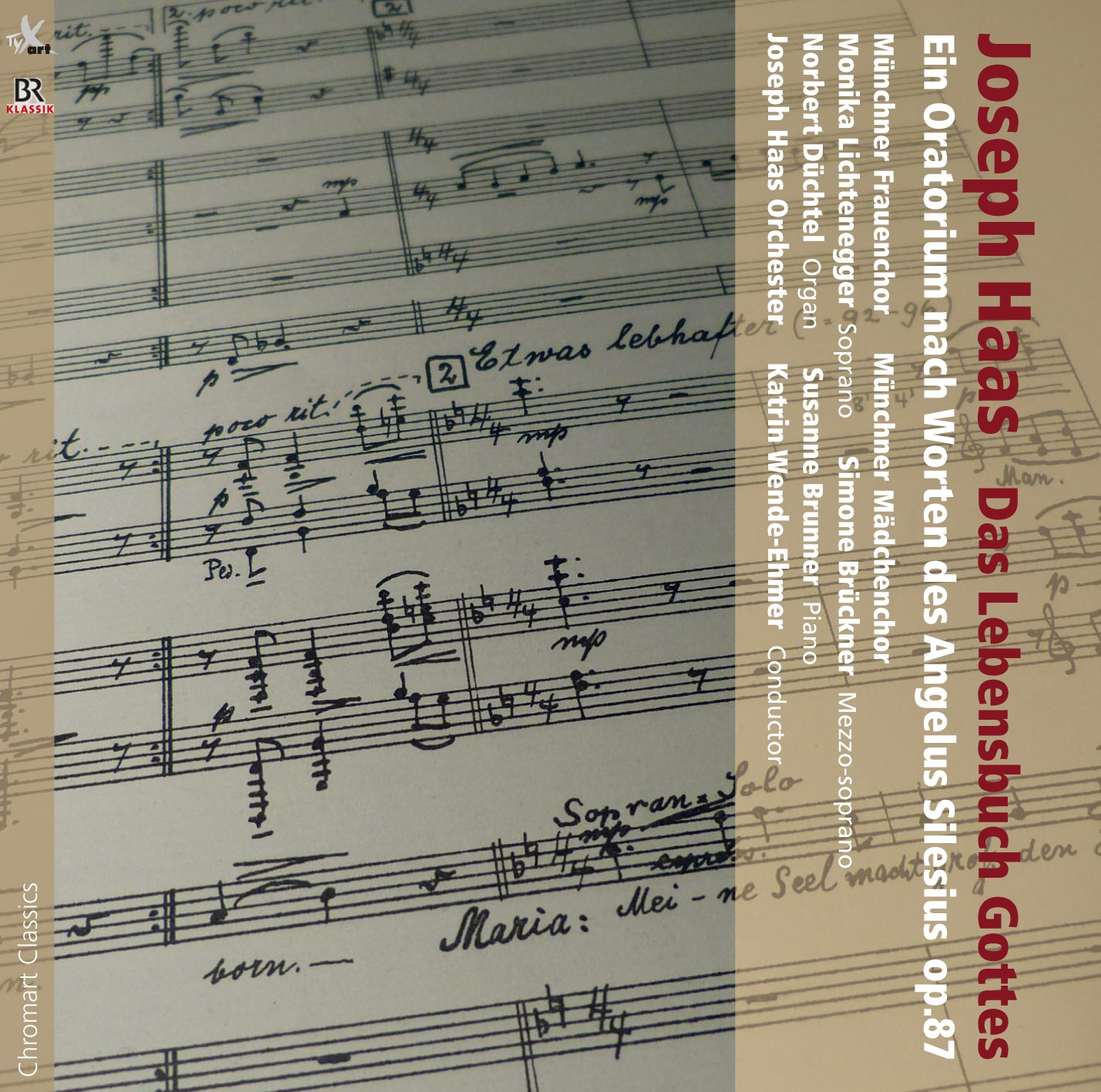 The oratorio “God’s Book of Life” Op. 87 by Joseph Haas (1879–1960) after words by Angelus Silesius (1624–1677) premiered in Essen on 6 November 1934. The composer called his third oratorio a people’s oratorio, as well, not in the national sense of National Socialism (which cannot possibly be true due to the religious topic alone), but in the sense that the audience is included in the performance, meaning, as he once said, that “a spiritual bond connects performers and listeners with one another”. For him, this also meant that he did not overstep the boundaries of tonality in his work.

Joseph Haas gave the verses and epigrams from the “Cherubinic Pilgrim” by the musician Angelus Silesius, whom he greatly admired, a certain kind of drama, contrary to the originally epic/reﬂecting form of the oratorio. He took the three parts “The Incarnation”, “The Passion” and “The Transﬁguration” from the poet’s work.

This version for women’s choir was arranged by the composer himself. The Münchner Frauenchor (Munich Women's Choir) under the direction of Katrin Wende-Ehmer, which has already won multiple awards, has selected this work for its 25th anniversary, and all involved realized the profound epigrams by Angelus Silesius in the melodies, harmonies and rhythms typical of the music by Joseph Haas both ﬁttingly and outstandingly.

A Co-Production with BR KLASSIK.