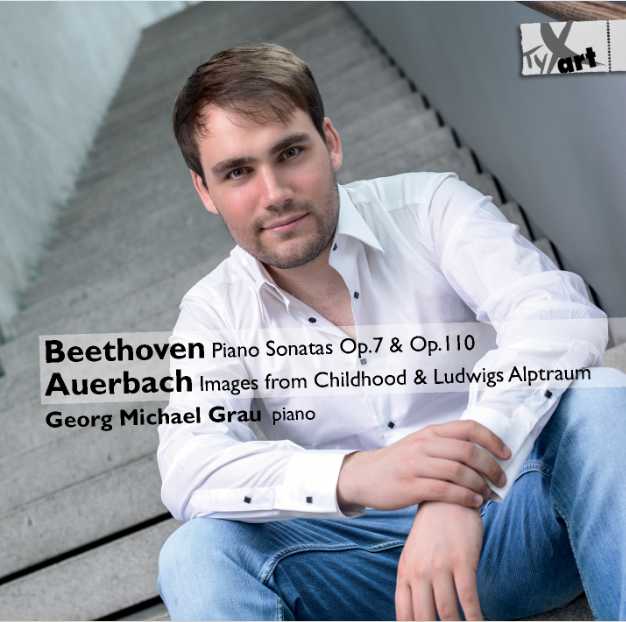 "It is with great pleasure that I am now able to present my first CD.
It was preceded by long considerations and talks about a suitable program, about planning and realizing innumerable details, and last but not least a very intensive recording phase.
With the recordings of the two Beethoven sonatas, I have included pieces that have accompanied my career faithfully for many years in the program of this CD. Beethoven’s piano oeuvre forms a major focus of my repertory, as does the music of the classical period and of the German romantic period in general. All of Beethoven’s piano sonatas have their very own character; you can clearly hear the development of the composer and person Beethoven from his beginnings as composer all the way to his late works. They are in a way a mirror of his work as a composer and are part of my “daily bread” as a pianist.
The works of the Russian-American pianist and composer Lera Auerbach build an exciting contrast to this. I initially came into contact with some of her chamber music compositions rather by accident, and they fascinated me so much that I dedicated myself to her piano works. Her style, combining both traditional and modern elements, builds an interesting bridge to Beethoven’s compositions. Just as he was a pioneer in his times, she, too, plumbs the possibilities and limits of a modern piano to its extremes. With her precise motif work and frequent “Through the night to the light” topic, her compositions also show significant parallels to Beethoven’s work. The title “Ludwigs Alpraum” (“Ludwig’s nightmare”) concludes the cycle of piano works I want to show with this CD." Georg Michael Grau

»[...] George Michael Grau plays Auerbach’s work in complete awareness of the fact that not only Beethoven, but also Dmitri Shostakovich has left deep traces in Lera Auerbach’s music. The contrast, and also at times the split between them, are formative characteristics of the works and their interpretation. Auerbach’s technically demanding “Images of Childhood”, also included on this CD, are ambiguous, virtuosic and not infrequently irritating.«
Sikorski Music Publishing Group sikorski.de (May 2016)

»Georg Michael Grau’s debut disc is promising. He is certainly an interesting Beethoven performer with ideas of his own. Lera Auerbach’s pieces are written in a traditional language and get very atmospheric in Grau’s interpretation.«
PIZZICATO - Remy Franck's Journal about Classical Music, pizzicato.lu (online, 14 Oct 2016)