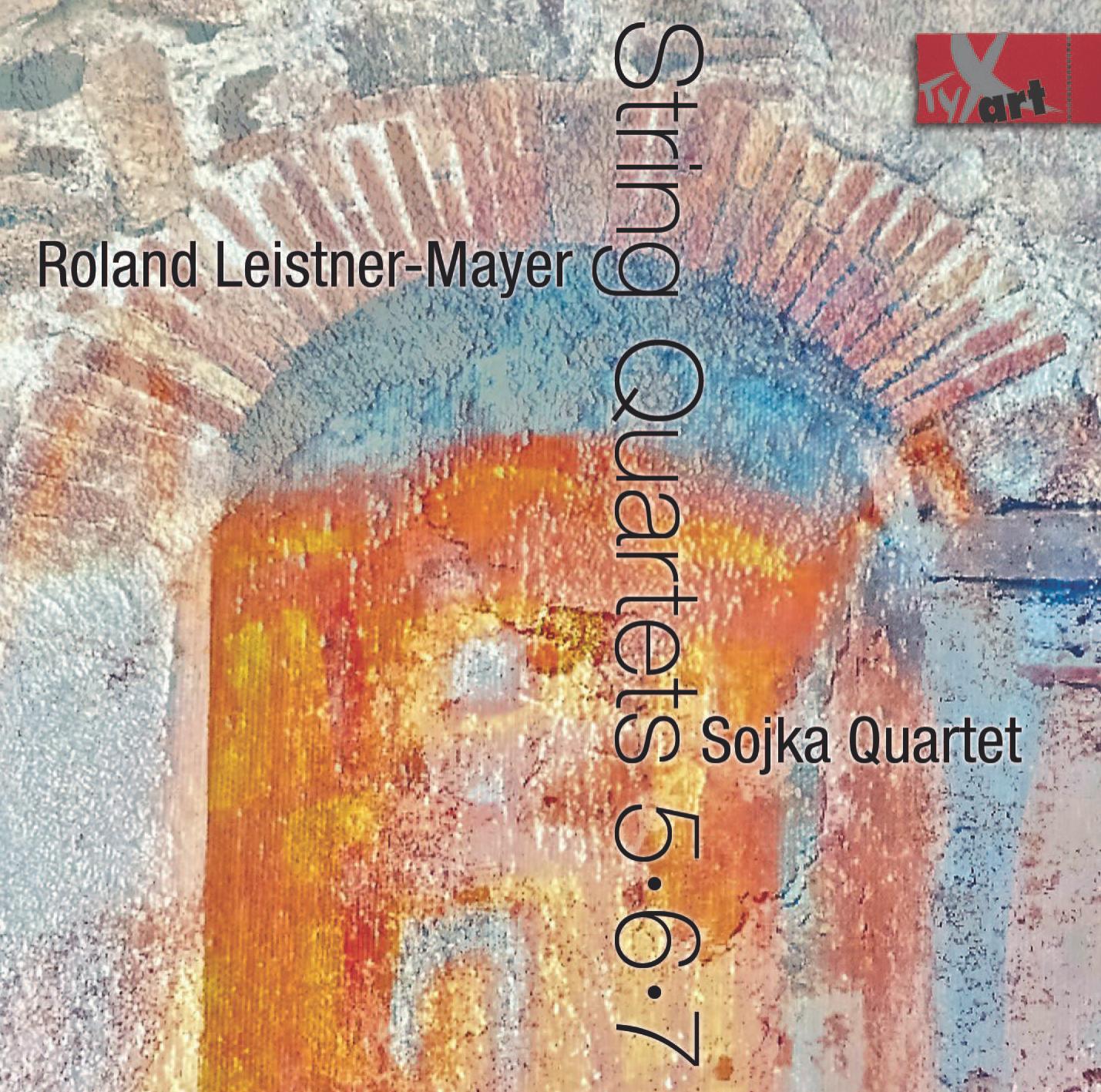 The string quartet is one of the central genres in the work of Roland Leistner-Mayer. This CD offers the recently composed string quartets No. 5 to 7 (2014‒16).

Roland Leistner-Mayer distanced himself early on from fashionable trends and avant-garde experimentation in favour of a forceful, expressive, and authentic diction. Form is for him the result rather than the means of expression. In his cyclical works ‒ the string quartets, for example – he returns to traditional types of movements and genres, which he re-forms and individualizes. From the time of the early string quartets (Nos. 2 and 3) on, he has occasionally moved towards a Bohemian idiom, similar to Leoš Janáček, audible in the rhapsodic themes, eruptive expansion of form, and a tendency to the "informal" which are the main features of his music.
"The melody resonates [...] in its complete totality; it is more than a sum of melodic parts. The end of the melody is already in me as I shape the beginning. Periodicity in the classical sense is effective as well. So it is possible for the unbiased hearer to comprehend the music immediately. My music does not demand prior intellectual knowledge. That was always important for me. Clearly harmonic sections are also fundamental – my music is perceived to be tonal throughout: in a free tonal functionality." (Roland Leistner-Mayer)
Leistner-Mayer strives for a comprehensible music, without clinging to well-established styles, pandering to nostalgic wishful thinking or paying homage to non-committal postmodernism.
"The great inner complexity of the artistic experience does not have to result in greater structural complexity. Quite the opposite: Roland Leistner-Mayer has searched unwaveringly for the simplest and most direct expression of the internal necessities. Through this, he has developed a personal style where vehement attacks and long spun out cantabile lines are always part of a logical implementation of the harmonic plan. Only the musical essence counts; there is no sound for sound’s sake." (Christoph Schlüren)

Roland Leistner-Mayer wrote the string quartets Nos. 5, 6 and 7 (edited and published by Vogt & Fritz, Schweinfurt) between 2014 and 2016. All three are in several sections (four to seven movements) and ca. 25 minutes long. This performance by the Sojka Quartet is the first recording on CD.
[text extract of the CD booklet by Dr. Andreas Wehrmeyer]

The Sojka String Quartet was founded by students of the department of music at the Academy of Performing Arts in Prague (AMU). Since 2009, it has been playing with the following members: Martin Kos and Martin Kaplan (violins), Josef Fiala (viola), and Hana Vítková (cello). The ensemble focuses on the music of the classical period and on the contemporary music of the Czech Republic; it premiered for example works by Jirí Vyšata, Pavel Samiec, Martin Cervinkaa, Vladimír Sommer, Vojtech Mojžíš, Karel Pexidr, and Jirí Bezdek. The quartet has repeatedly been invited to play in the matinée concerts of the Josef Kajetán Tyl Theater (Pilsen) and there performed among others works of the First Viennese School, by Franz Schubert, Antonín Dvorák, and Josef Suk. Since 2013, they have been presenting thematic programs, e.g. “Adolf Loos and the Second Viennese School“ (with works by Hanns Eisler, Anton Webern, and Arnold Schönberg) or “The Czech Modern Age Between the Wars“ (with works by Vítezslava Kaprálová and Jaroslav Ježek). In 2015, the quartet played concerts among others in Japan and took part in the Festival for Contemporary Music in Prague.
The Sojka String Quartet has worked with Roland Leistner-Mayer with great success, performing his Sixth String Quartet in Munich in 2015. They premiered the Seventh String Quartet in Pilsen on 23 February 2017; on 05 October 2017, the "German Premiere" will follow in Regensburg.

Composer & CD Portrait - Journal "pizzicato"
»German composer Leistner-Mayer, whose roots are in Bohemia, is presented in this TYXart recording with his latest three string quartets. The music is very agreeable, tuneful and benefits from exquisite performances by the Czech Sojka Quartet.«
pizzicato.lu, Luxembourg (online 24.10.2017)

Portrait & Recommendation!
»[...] You never know where startling new music is going to come from. Here's a Bohemian composer with a very British-sounding name, Roland Leistner-Mayer, whose string quartets sound like nothing you’ve ever heard before in your life. [...] In all this music, the Sojka Quartet is right on the mark in terms of both technical security and emotional commitment. They have apparently had a good relationship with the composer [...]
This is a great CD; you need to hear it!«
The Art Music Lounge, USA (online Nov 30, 2017)