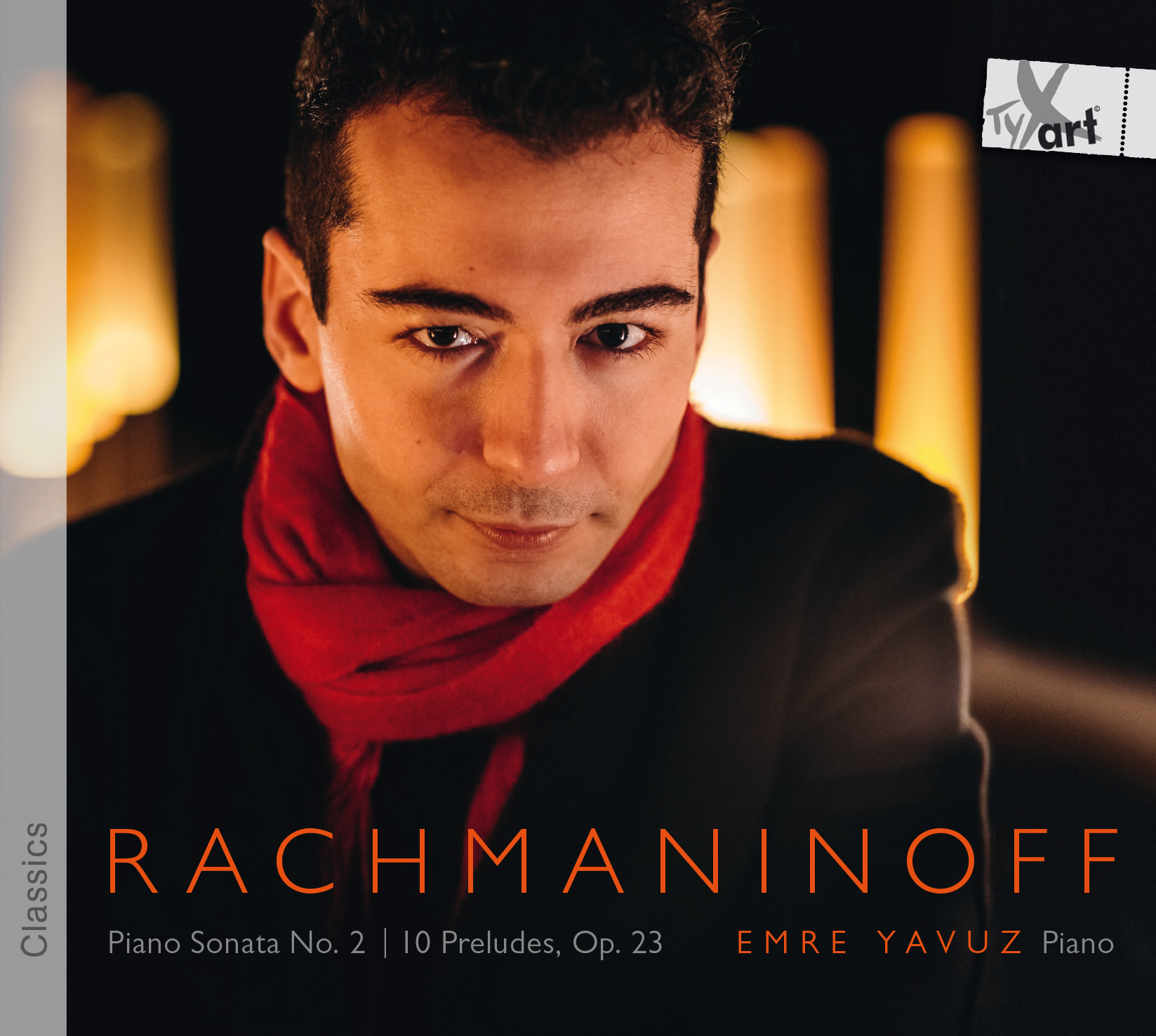 Two giant works: the lesser played 1913 version of Op. 36, Piano Sonata No. 2, an epic piece in the truest sense of the word ― and Op. 23, 10 Preludes, an intimate cycle, both challenge the physical and psychological limits of the player and the listener. With the help of the Bösendorfer Concert Grand 280VC – Vienna Concert this recording dives deep into the rich, orchestral sound world, as well as the dark nature of these works, loaded with ﬁne details, technical and emotional extremities, candid moments and explosivity.

Emre Yavuz was born in 1990 in İzmir, Turkey. His talent for learning at a rapid pace was evident at an early age, eventually leading to a musical education. He started his education in music in 1998 under the "Educational Act for Prodigy Children", studying with Kamuran Gündemir in Ankara. He continued his studies with Fazıl Say and Sanem Berkalp at the Bilkent University, where he also studied composition. Later studying with Roland Batik in Vienna, Karl-Heinz Kämmerling in Hannover, and with Arie Vardi in Hannover and Tel Aviv. • Starting at an early age Yavuz played with major orchestras performing concertos of Mozart, Beethoven, Chopin, Saint-Saëns, Tchaikovsky and Rachmaninoff. With his interpretations of Chopin he won prizes in Sicily in 2007, and in Vienna in 2010. He became the first piano student of the Vienna Conservatory to graduate with full grades upon his final recital, performing works by Beethoven, Saygun and Rachmaninoff. In 2013 he performed Beethoven's Concerto No. 3 under the conduction of Zubin Mehta. Emre has competed in a number of competitions: In 2012 he won the 1st prize in the 4th International Rosario Marciano Competition in Vienna where he was designated as an "outstanding artistic personality", in 2015 first prize in the 2nd National Piano Competition in Ankara, in 2016 1st and Schubert Prize at the Vienna International Piano Competition, 3rd prize in Schubert Competition in Dortmund, and lastly 1st prize at Kissinger KlavierOlymp in Bad Kissingen where his unconventional programming with a self-composed piece and works by Scarlatti, Rameau, Beethoven, Schubert, Chopin, Rachmaninoff and Saygun was especially praised. • In 2018 Emre Yavuz launched his "Rachmaninoff International Tour" which lasted one year, perform-ing solo works, chamber music and concertos by Rachmaninoff. He is a Bösendorfer Pianist and lives in Vienna.
[extract of the booklet text, incl. some more info about the works and the interpretation]