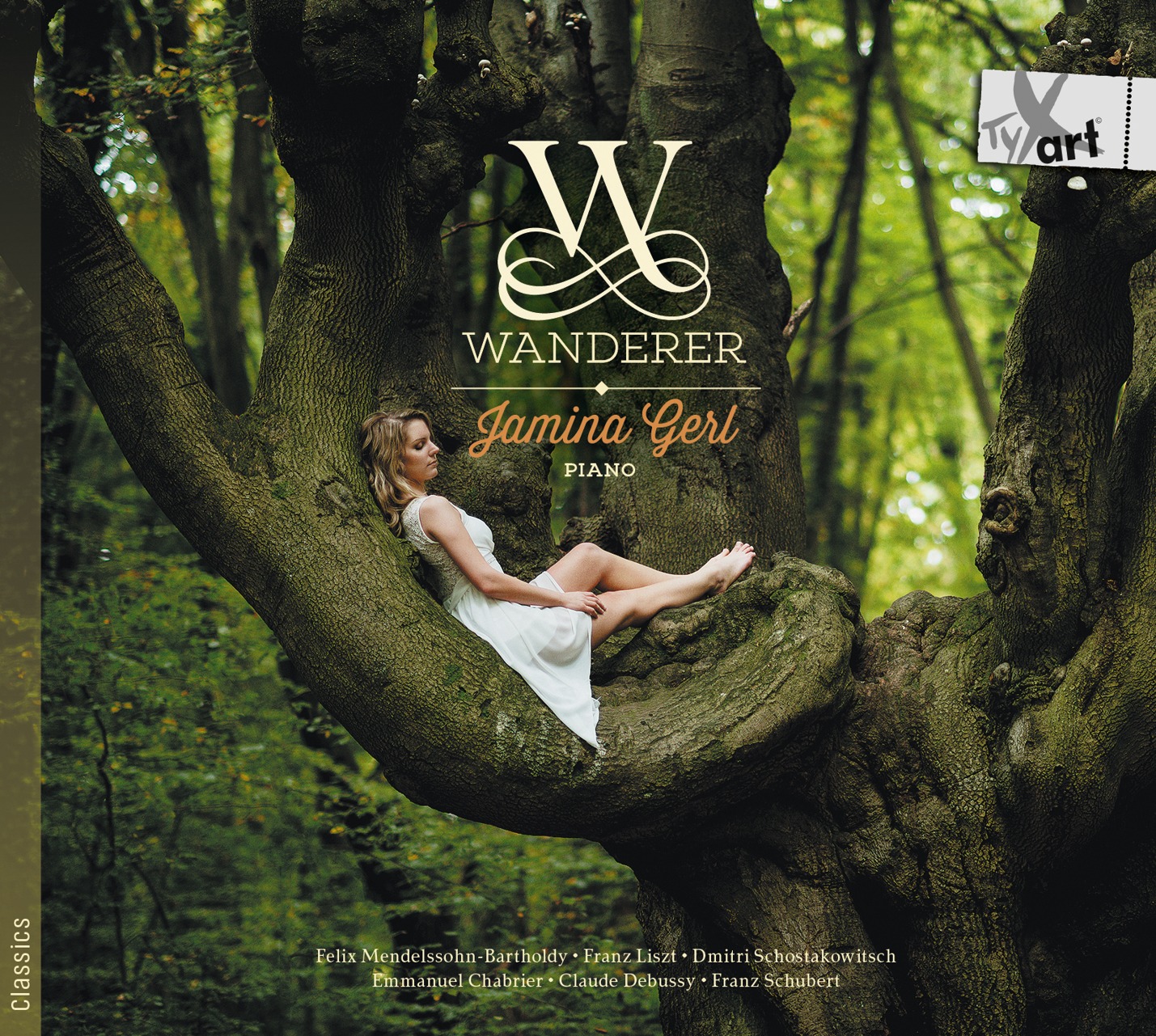 Wandering is not only the joy of the miller striding easily through the world. Wandering reflects a heavyweight archetype of Romantic motion and anguish; longing for the far-away beloved, the rootlessness of the lonely, the lost. Franz Schubert decisively shaped this image, particularly in his famous cycle after Wilhelm Müller's Die Winterreise. The ﬁrst line of the lied has become, as it were, iconic of the Romantic awareness of life and suffering: »A stranger I arrived here, a stranger I go hence.« Schubert also dealt with this central subject of his times in his "Wanderer Fantasy". He borrowed this work from the German poet Georg Philipp Schmidt von Lübeck. On his journey, Schmidt's wanderer traverses roaring seas and steaming valleys in his eternal search for a place he belongs, for home. The futility of this search ends with the words: »Where you are not, there's happiness.«
The “Wanderer Fantasy” is the theoretical starting point and crowning work of this recording, which, however, also thoughtfully looks at the atmospherically light side of Romantic wandering. The program thus ﬁrmly leads from the famous wanderer of the educated classes, Felix Mendelssohn, and his journey through Scotland to colorful musical atmospheric images by composers from Liszt to Debussy. They tell of forests, the world of gnomes and sprites, and of fantastical and exotic dances. Venetian gondola songs then segue from dry land onto the water and guide us on the winding bends of the 'Grand Canal' all the way to the 'L'Isle joyeuse', that island of joy regarded as the kingdom of love and bliss.

Album Recommendation and Interview
»[...] The recordings of the Wanderer Fantasy I listen to most often are by Alfred Brendel on Vox and Elisabeth Leonskaja on Teldec, but I suspect I will be playing Gerl's version frequently. Her CDs sound engineering is excellent. [...]
Hers is a career I will follow with extreme interest. Wanderer displays a talent that is ripening wonderfully.«
Fanfare Magazine USA (online 03/2017)

Review and Recommendation!
»[...] And everyting here is performed with just the right amount of character, élan and expressive depth to take the listener along on a musical journey unique to each one. A well engineered recording, clear piano sound, booklet notes of interest and beautiful packaging, all help and make this a piano recording worth having.«
Classical Music Sentinel, Canada (April 2017)