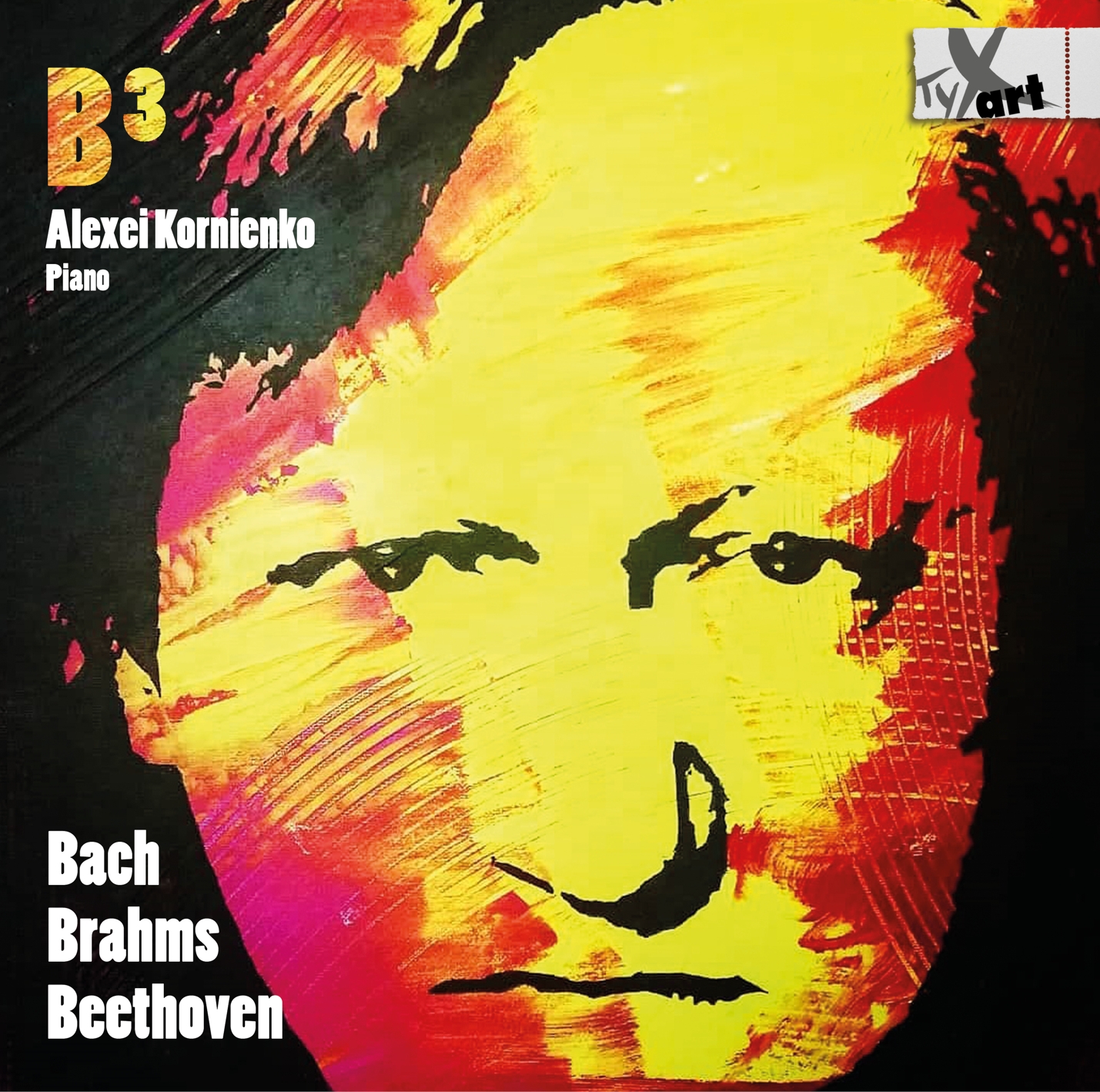 "B3" – Piano Works by Bach, Brahms and Beethoven, recorded on a Fazioli Concert Grand

"Everyone only hears, what he understands" – Johann Wolfgang von Goethe
At the center of our present recording lies the “romantic” perception and since strictly speaking, only Brahms can be counted to the romatic period, it is much rather the interpretation of very personal and intimate pieces, Bach and Beethoven included. In my personal opinion there is no so-called authenticity in interpretation, which explains the maybe not so traditional but rather romantic aproach to Bach and Beethoven.
From an early age on, I developed a special relationship to Brahms, played and performed many of his works, and in this context it was very interesting for me to create my own cycle of his Intermezzi. Although they are from different times from Brahms‘s life and thus from different emotional phases, it feels to me that they harmonize ideally with each other, as well as in the overall program. They form the core of the idea for this CD.
Specifically, the Partita No.6 by Bach has a very personal touch – even the Fuga does not sound as strict as one is used to it otherwise, but rather leads to the romantic empathy. Stylistically, the work differs from the romantic, but in spirit it is very similar.
The same applies to Beethoven‘s Sonata – the first movement is a classical Allegro, the second feels like an aria, for which the composer is acctually so esteemed and known. Lyrical melodies dominate the whole piece and he appears almost as a relative to the intermezzi.
Each program has a heart and this is basically a concert program and not a classic CD production. So I would like to encourage you, my dear listeners, to actively respond to the programmatic content and especially to the soul of the music.
Alexei Kornienko

...an outstanding musician whose work is characterised both by an unconditional and joyful attention to text and also a boldness in interpretation. This seeming contradiction in fact stands the pianist and conductor Alexei Kornienko in very good stead.
Born in Moscow, he began music lessons at the age of five, studied at the Tchaikovsky Conservatory Moscow (Prof. Yakov Zak) and was prize-winner at the International Rachmaninov Piano Competition in Moscow.
Kornienko divides his career between the piano and the conductor’s podium. Kornienko stands out as an extraordinarily dynamic interpreter of the works of Beethoven and Brahms, but also of the Modern, and his ability to master highly challenging works ensures his position as a much sought-after conductor for premieres of complex scores. He has worked with countless internationally renowned orchestras, such as the Royal Philharmonic Orchestra London; he has garnered enthusiastic praise from critics and public alike. In 2010 he will conduct the Moscow Radio and TV Symphony Orchestra on a large US tour. He is co-founder of the Gustav Mahler Ensemble and since 2012 he is the chief conductor of the International Danube Philharharmony.
Kornienko has been artistic director of the Wörthersee Classics Festival since its foundation in 2002.