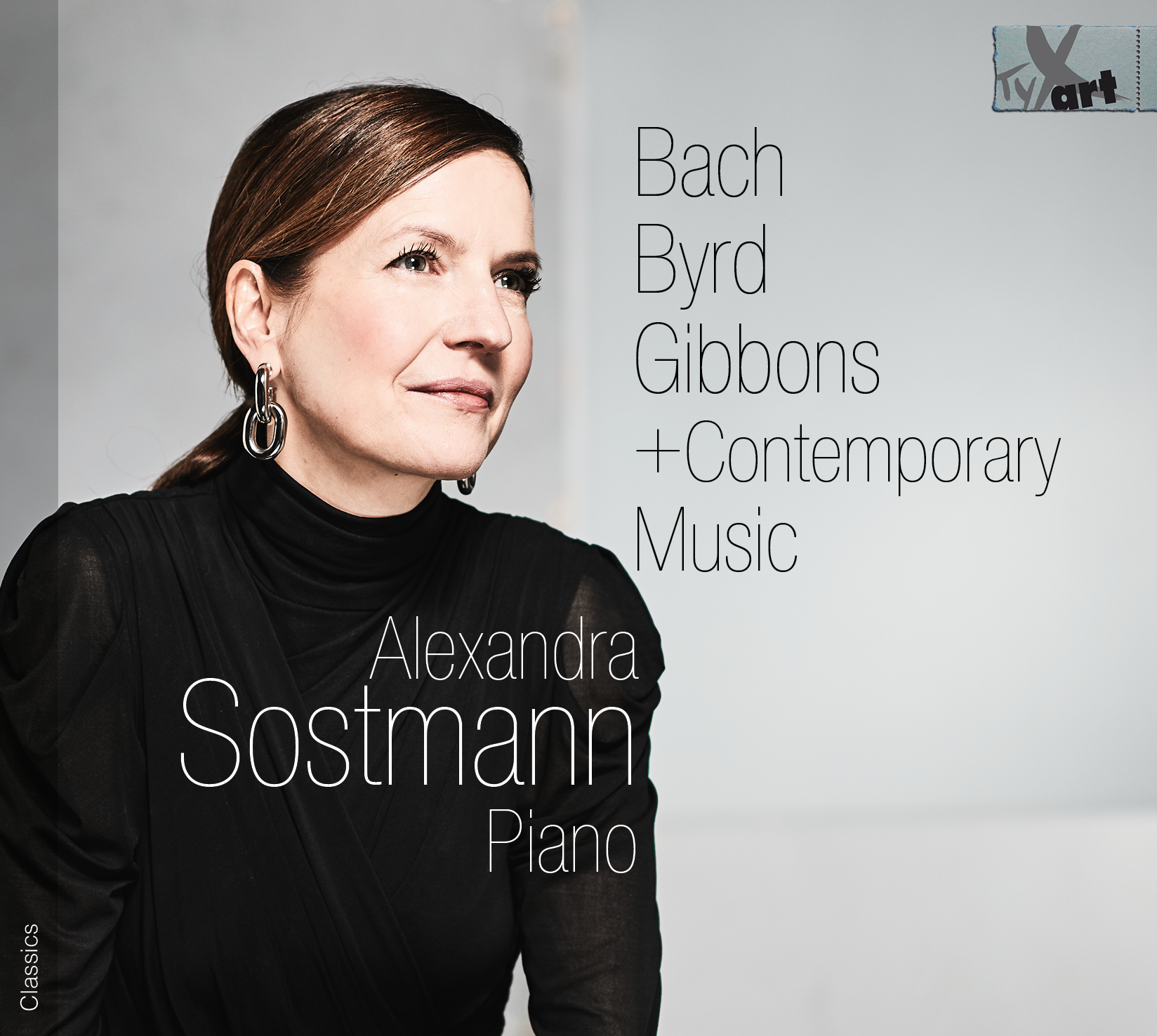 This new recording is about polyphonic references between the great counterpoint artists Byrd, Gibbons, Bach and the contemporary composers John Tavener, Oliver Knussen, John Adams, Markus Horn and Xiaoyong Chen. The parenthesis is formed by the two Bach Ricercari from the "Musical Offering". The exciting connection of the individual, different works to each other is created by the polyphonic structures, the modal church keys or by religious, spiritual references. 429 years lie between the work of Byrd and the work of Xiaoyong Chen composed for the CD.
With "Bach, Byrd, Gibbons & Contemporary Music", the listener can expect a recording that is wonderfully audible, even effortless in a positive sense. He has to engage with depth, space and sometimes silence — but it is worth it, because the music changes our "own self "and focuses attention on us.

"Bach, Byrd, Gibbons & Contemporary Music" is the title that the pianist Alexandra Sostmann has given her new album in which she set out on a fascinating musical journey that took her as far as Cambridge in the Renaissance era.

How did you come to choose these particular compositions?
I’m interested in the connections between different epochs and their polyphonic structures. So obviously there was no way that I could ignore Johann Sebastian Bach. However, I considered what to combine with his "Ricercares a 3" and "a 6" from "The Musical Offering" (Musikalisches Opfer). First I thought of William Byrd, as I knew that polyphony and contrapuntal style were important to him, despite the fact that he was almost 150 years older than Bach. I began with vocal polyphony and arrived at Orlando Gibbons and virginal music, which I wanted to combine with contemporary music. And then the search began ...
... the ricercar, as ‘search’ means in Italian ...
The term "ricercar" comes from that word: it is an early form of fugue. And from its letters Bach made a play on words: Regis Iussu Cantio Et Reliqua Canonica Arte Resoluta ...
... in English that means "the theme given by the king, with additions, resolved in the canonic style" ...
... exactly. Bach travelled to Potsdam in May 1747, three years before his death, where his son Carl Philipp Emanuel was a musician at the court of King Frederick the Great of Prussia. However, the King was apparently not very impressed by the elder Bach and wanted to test him. And so he played him a complicated "Royal Theme" from which Bach should play a fugue ad hoc. Arnold Schoenberg, by the way, didn't believe that the King himself was skilled enough in counterpoint to have invented such a complicated musical figuration – the descending seconds, for example, this chromaticism that makes counterpoint application so difficult! Schoenberg suspected that Bach's son composed the theme.
[extract of the booklet text, interview with Pianist Alexandra Sostmann by Teresa Pieschacón Raphael]

CD Tip
»[...] And when at the end Bach returns again, in his serene melancholy, then you raise your hat in front of a pianist who, with her wealth of nuances, is in no way inferior to the great stars.«
BR-KLASSIK, Dr. Thorsten Preuß, Germany (Radio Broadcast June 18, 2020)

Exciting Piano Programme
»[...] As in her previous CD with Bach and contemporary music, the pianist convinces with a sensitive play, whose bell-like sound the microphones have captured once again wonderfully. – ♪♪♪♪♪«
pizzicato Journal, Remy Franck, Luxembourg (June 21, 2020)